If you’ve noticed a surge in roundabouts across western Colorado communities, you’re not alone. We spoke with Lee Barger, SGM’s Transportation Team Lead and roundabout advocate, to better understand the impetus behind roundabouts and to glimpse what’s on the horizon when it comes to intersection design and implementation. 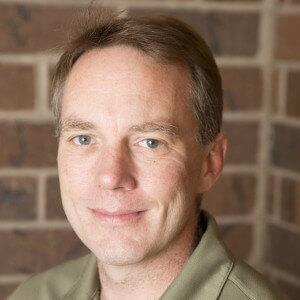 Why do you feel communities have moved away from standard intersections and towards roundabouts? When compared to traffic signals, many of the western slope communities that have adopted roundabouts have confirmed that these intersections are safer and operate better during both peak and off-peak hours than a signalized or stop-controlled intersection. Less delays and shorter queues are something all drivers appreciate. With the success and growth of roundabouts today, the challenge of convincing a Town Council, local business owners, and residents of their benefits and merits has become easier. When a community sees traffic queues dissipate after a roundabout installation, they become believers and fellow advocates quickly.

What is the future of roundabout design? In 20 years, modern roundabout design has evolved considerably. We are beginning to see capacity and safety improvements added to previously designed roundabouts. These enhancements improve pedestrian safety, vehicle deflection, and overall flow by adjusting entry and exit deflection angles and adding flares to approach legs. Phased designs that allow for easy expansion from a one-lane to a two-lane roundabout, similar to the SH 133/Main roundabout in Carbondale, have become a new trend that anticipates future growth. Smaller, more compact mini roundabouts are beginning to take off locally, and I expect to see these proliferate in time as they become more widely accepted.

As a traffic engineer, what excites you about roundabouts?  First, there are no straight lines! As transportation engineers, we are often regulated to designs consisting of linear and parallel lines intersecting at right angles. In a roundabout intersection, there are very short stretches that could be considered “typical sections”, which makes the layout design process iterative and challenging. A series of converging and diverging curves when connected properly can be a source of beauty.

Another aspect is roundabouts create a sense of place for communities, providing a gateway feature for road users. Each community that we have designed roundabouts for has created unique and beautiful landscape entry treatments within these spaces. These days, it is not uncommon for the landscaping treatments that occupy the center island to generate more public input than the form of intersection control, as was the case with the Town of Silt roundabout.* 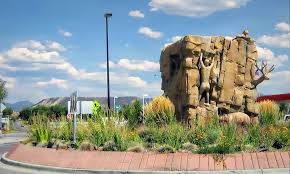 Last, but certainly not least, is safety! By slowing vehicles down, simplifying movements, and reducing conflict points, roundabouts have proven to result in fewer accidents when compared to a traffic signal, and the accidents that do occur tend to be less severe. Every traffic engineer’s goal is to improve safety for the traveling public, and this is something roundabouts have proven to do from the first day of implementation.

*At the center of the Silt roundabout is a sculpture depicting local activities and wildlife, including a controversial nude climber, which has led to the roundabout being called the Roundabutt, Just for the record, SGM was not involved with the artwork selection, but the au naturel climber was certainly a source of conversation around the office.

Week 27: Extracurriculars
Week 29: Thrilled to be in Southwest Colorado