Since 2001, SGM has had a presence in the Gunnison Valley. The first office was in Crested Butte, and now you can find SGM in the metropolis of Gunnison. What’s one benefit of having an office in a city that routinely logs the coldest temperatures in Colorado? According to CADD Designer Shannon Kaminsky, you can build an ice rink right in your own backyard! 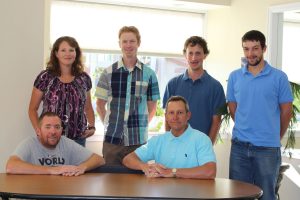 In ways the Gunnison branch office is much like SGM was in the beginning—a group of engineers and surveyors with practical experience solving client needs that are as diverse as the landscape of Western Colorado. By partnering with Glenwood headquarters staff, the Gunnison team has the flexibility and expertise to meet just about any need that walks through the door. From private developers, municipalities, and counties to ski resorts and universities, the SGM Gunnison team has seen it all.

“Just last week we were approached to assist a client with a Compressed Natural Gas station and another with a geothermal project,” says Gunnison Senior Engineer Jerry Burgess. “The SGM Gunnison office really enjoys the variety of projects we get to work on, and our clients are great. They are dedicated to their missions and passionate about their work, much like SGM. Plus the locations where we get to work are hard to beat.”

You’re right, Jerry. When one of your long-time clients happens to be Mt. Crested Butte Resort, it hardly feels like work reporting to duty on a powder day. Or, you can just grab your skates and head over to Shannon’s place! 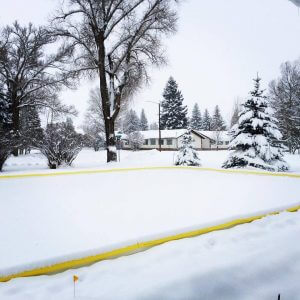